Pros and Cons of Moving to Dubai

Our post is written by a Dubai based resident, so rest assured you’ll receive nothing but honest advice about a potentially life-altering decision. Moving to a new city might just be one of the most significant decisions you make in your life. There are a lot of variables to consider, and a lot of factors to take into account, and sometimes the fear of the unknown can give rise to anxious thoughts.

However, if the city you’re looking to move to is Dubai, then we’ve got you covered with a detailed list of the pros and cons of moving out here. Our post is written by a Dubai-based resident, so rest assured you’ll receive nothing but honest advice about a potentially life-altering decision!

A Little About Dubai

Odds are you already know a fair bit about one of the most famous cities in the world. One of 7 cities of ‘Emirates’, Dubai is the commercial capital of the United Arab Emirates. While it is synonymous with being a leading tourist destination, it’s also a permanent home to a large number of people from all over the world.

Pros of Moving to Dubai

A lot of folks look forward to moving to Dubai in order to progress in their careers. While being a very competitive market, there are a fair amount of job openings, and landing a good job here promises higher wages than back home in most cases.

But to add to the high salaries, there is also the advantage of not having to pay taxes. That’s right!

Dubai does not levy an income tax on its residents, which is perhaps one of the major reasons why people prefer to live and work in the city.

Everything you’ve heard about life in Dubai is true! Yes, you should not expect to experience luxury and grandeur on a daily basis if you are not a tourist, but the city boasts an excellent quality of life for its residents as well.

If you decide to move to Dubai, you can expect to come across unparalleled infrastructure, unprecedented safety and an unrivalled standard of living that are on par with other international cities.

With English being widely spoken, a myriad of eating out and nightlife options, and round-the-clock service, you’re always likely to be spoilt for choice.

A Melting Pot of Cultures

It should come as no surprise that Dubai is a melting pot of cultures. The fact that people from all over the world want to call it home, means there are more than 200 nationalities living and working in the city.

With a nearly 85% expatriate population, the demographics are certainly skewed. But that also means should you choose to move out here, you’ll find it easy to fit in with the crowd, especially if you’re someone who loves to mingle and learn about different cultures.

While predominantly an Islamic country with a large Muslim population, Dubai is known for its religious tolerance to other faiths.

There is a large expatriate population that freely practices other religions, with Churches, Temples, and other houses of worship built in addition to the number of mosques the city is home to.

And finally, if you’re someone who prefers to use public transport to get out and about, you’ll face no major issues moving to Dubai thanks to the robust transportation system the city boasts.

With a best-in-class Metro, several bus routes and even water ferries to connect the city end to end, you can move about with ease.

Do keep in mind that Taxis, while readily available, can be on the expensive side.

Cons of Moving to Dubai

One of the biggest pain points of living in Dubai is the weather. The summers are notoriously hot with temperatures hitting highs of nearly 50 degrees celsius. Air conditioners in homes, offices, and just about everywhere else are always switched on during 8-9 months of the year.

For folks moving from colder regions of the world, in particular, this can and will take some getting used to.

Despite all of the draws of moving to Dubai, it is a city that can be expensive to live in. This is especially true if you are looking to maintain a certain kind of lifestyle.

Rent is one of the major expenses you’re likely to encounter, and you can read all about the best places to live in Dubai in our other blog post. If you’re planning to move with kids, you should expect to pay a premium as educational institutions are quite highly-priced.

Of course, a higher wage can offset these costs, but like everywhere else in the world, for those who are cost-conscious, budget options do exist!

And finally, Dubai does have certain strict rules as compared to European and Northern American countries.

However, many of these are being relaxed over time.

Either way, if you simply respect the culture, people and laws of the city at all times, you should be fine! 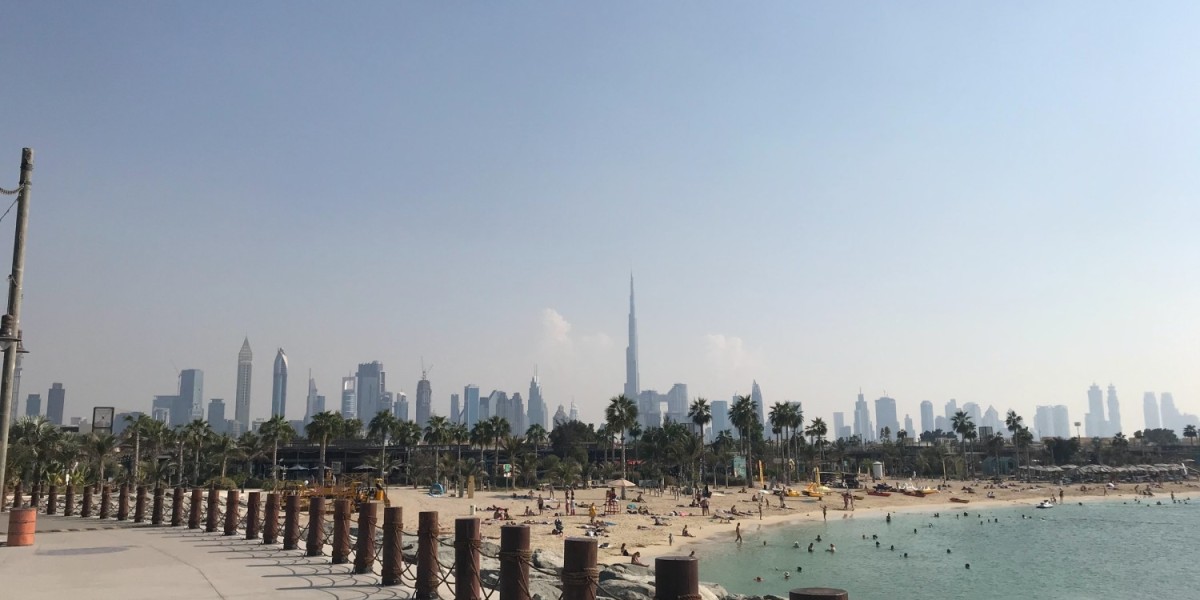 Life in Dubai is very comfortable for the most part. If you’ve landed a decent opportunity in the city, it’s well worth considering moving out here to experience the tax-free wages and superior quality of life which is on par with some of the best places in the world.

That said, the hot weather might be a dampener and the cost of living can rise quickly if you intend to move with kids or maintain a certain type of lifestyle.

With that in mind, we hope this blog post helped you in making your decision! That’s it from us at Wise Move ; until next time.